The Tragedy of LEGO Hamlet, Prince of Denmark – Act 2, Scene 1 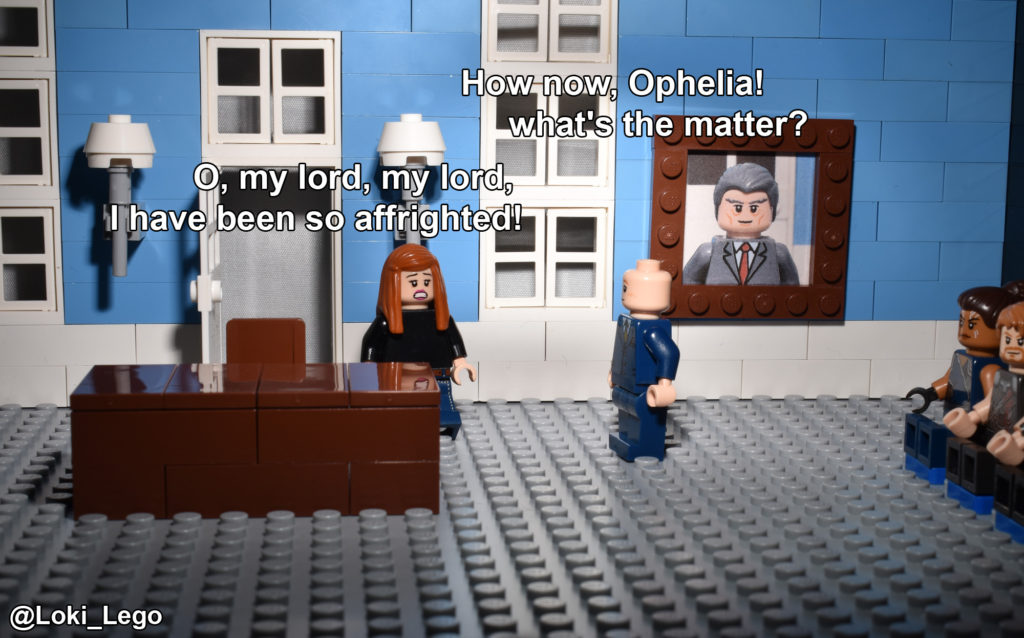 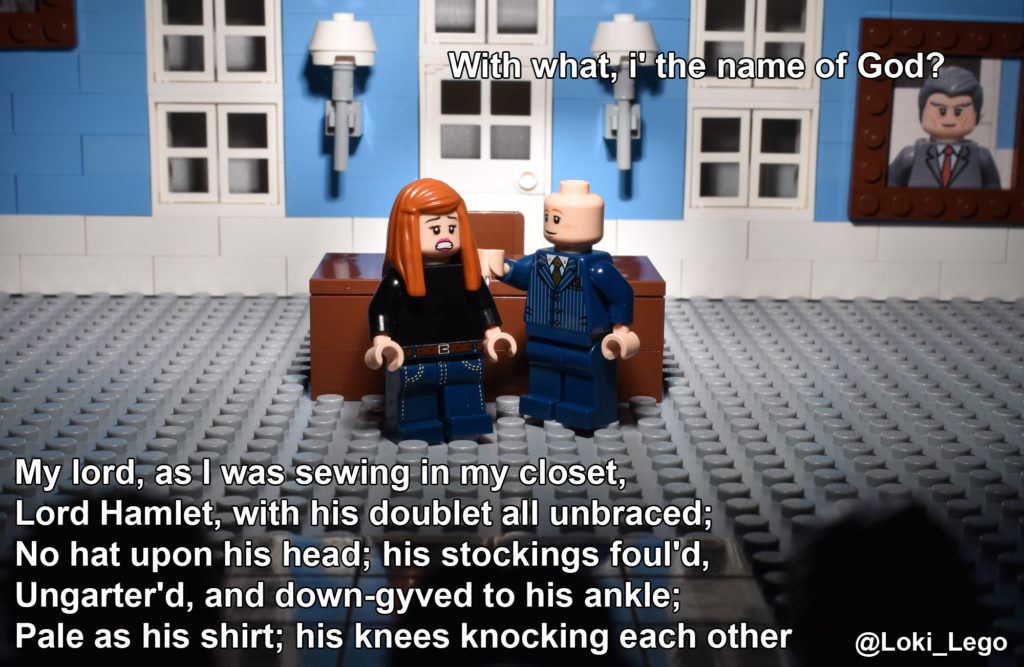 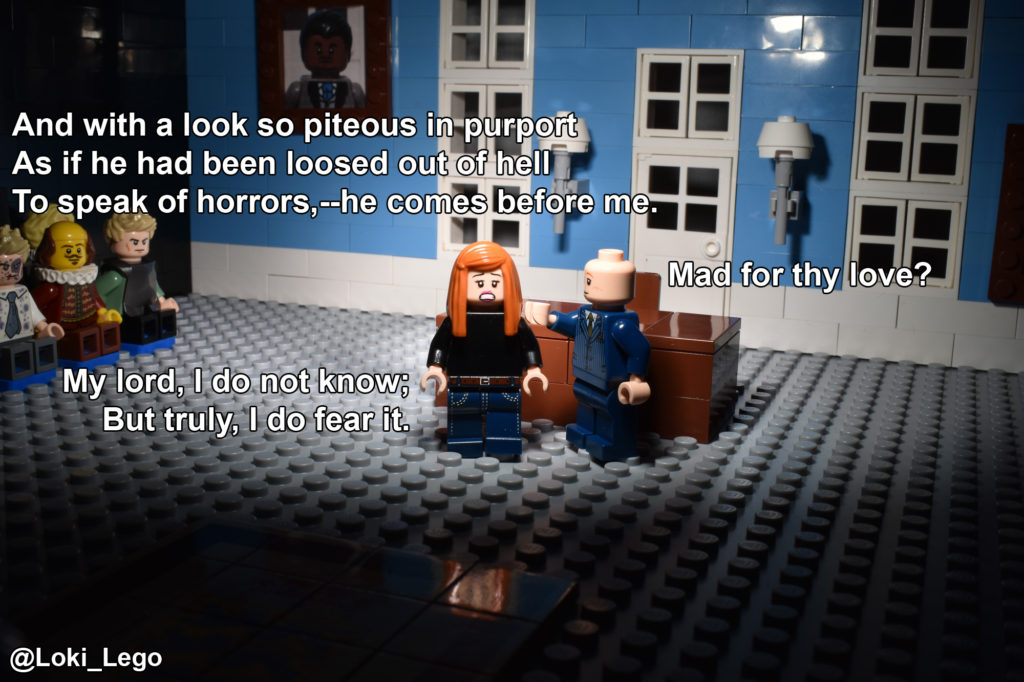 LORD POLONIUS
What said he? 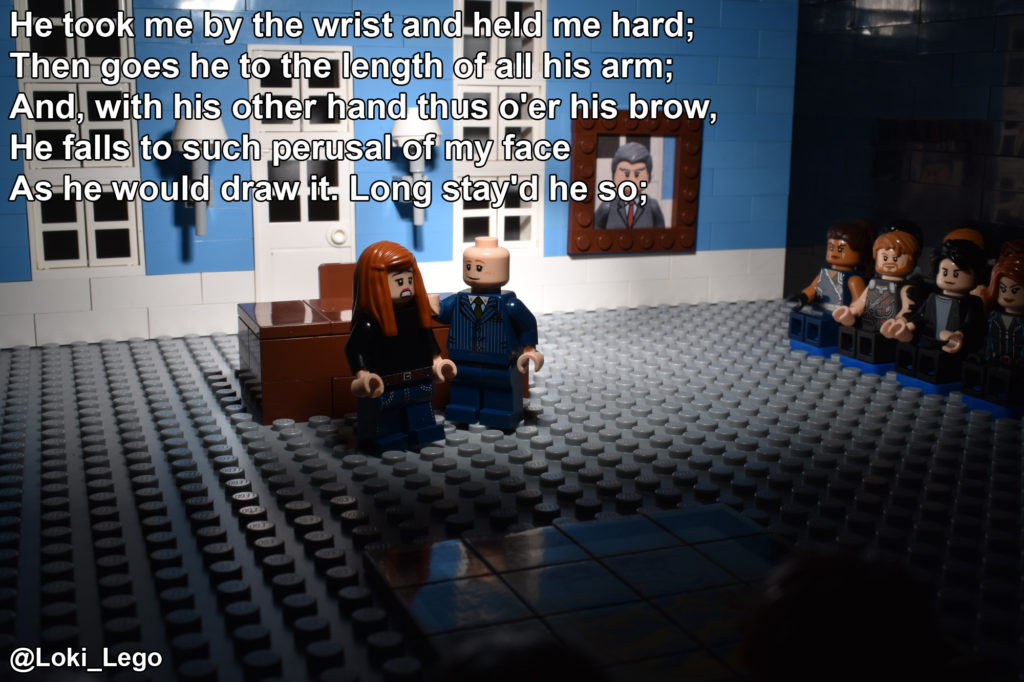 OPHELIA
At last, a little shaking of mine arm
And thrice his head thus waving up and down,
He raised a sigh so piteous and profound
As it did seem to shatter all his bulk
And end his being: that done, he lets me go:
And, with his head over his shoulder turn’d,
He seem’d to find his way without his eyes;
For out o’ doors he went without their helps,
And, to the last, bended their light on me.

LORD POLONIUS
Come, go with me: I will go seek the king. 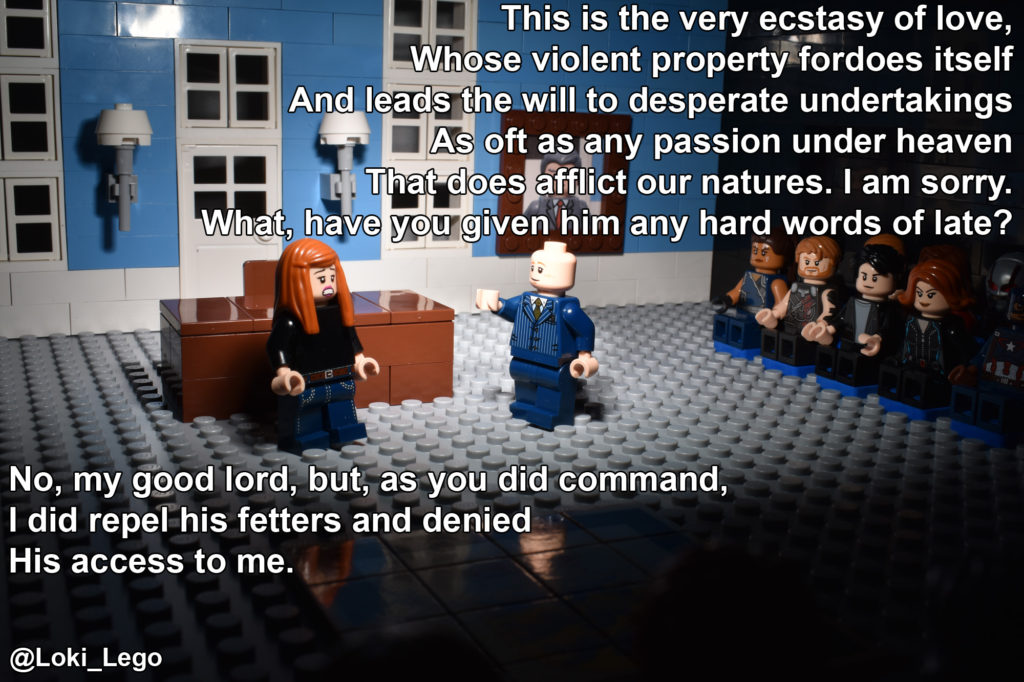 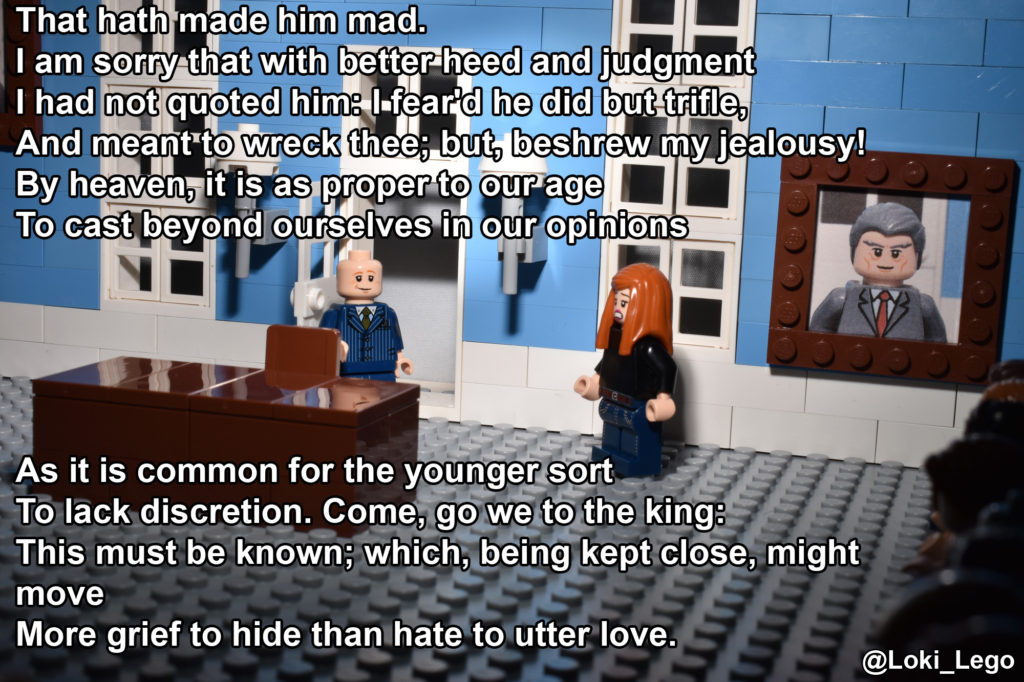